“I Might Do Windows”A longtime joke is that if you hire a maid, you may have to confirm that he/she will “do windows.” For whatever reason, that seems to be a task that even housekeepers do not enjoy completing. I can see why. Whenever I attempt to accomplish a task that involves glass, “streaky” and “messy” come to mind!

We have lived in our house for six years now. Perhaps my husband used his power sprayer on our windows, and he might have used Windex a time or two. I am pretty sure my mother-in-law has washed some of our windows. I must confess that I am not certain that I ever have done much with them. They have been a bit neglected. Which is rather sad because I even have double hung windows. You know the kind that swing inside, so you can do all of your cleaning without having to be outside in the elements or without standing on a ladder?

After getting the window polish cloth from Norwex, I decided that maybe I should actually try doing windows. So with damp Norwex Enviro Cloth in one hand and my Window Cloth in the other, I set out to tackle this chore that is often done as a part of spring cleaning. ‘Tis the season for that after all.

My living room has eight windows. Despite the fact that four of them are underneath the protection of our porch roof, they all get rather dirty. Full of spots, they were in need of a good cleaning. I set to work and was done in less than 30 minutes. With all eight of them, inside AND out. For once, they all look, streak-free, clean and sparkling. And I have to admit – that washing the windows was almost fun. Definitely feeling a sense of accomplishment, I kept washing the windows on the whole main floor. (Unfortunately due to lack of direct sunlight from the porch roof my living room window pictures were difficult to distinguish between before and after!  But believe me – I could tell a HUGE difference!)

Moving upstairs to my bedroom, I was amazed at just how filthy these windows are. I am not sure how we were able to see out of them. Definitely a noticeable difference between before …

And after … (pictures shown with the windows open for cleaning!)

So I just might start doing windows. Or better yet, I will have my children rise to the challenge. Recruiting one of my children to help was rather easy. Since no chemicals are involved in the process, this is now a simple chore that even my kids can complete well. 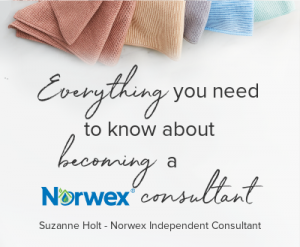 Unsure the Norwex Counter Cloths could work as wel

With so many options indoors for kids, it can be a

Have you ordered a mystery bundle yet? In honor of

What would it like to be plastic free? Check out w

One of the best parts of summer for us getting to

There is more than one way to clean, thanks to Nor

This morning, I saw my first cherry tomatoes buddi 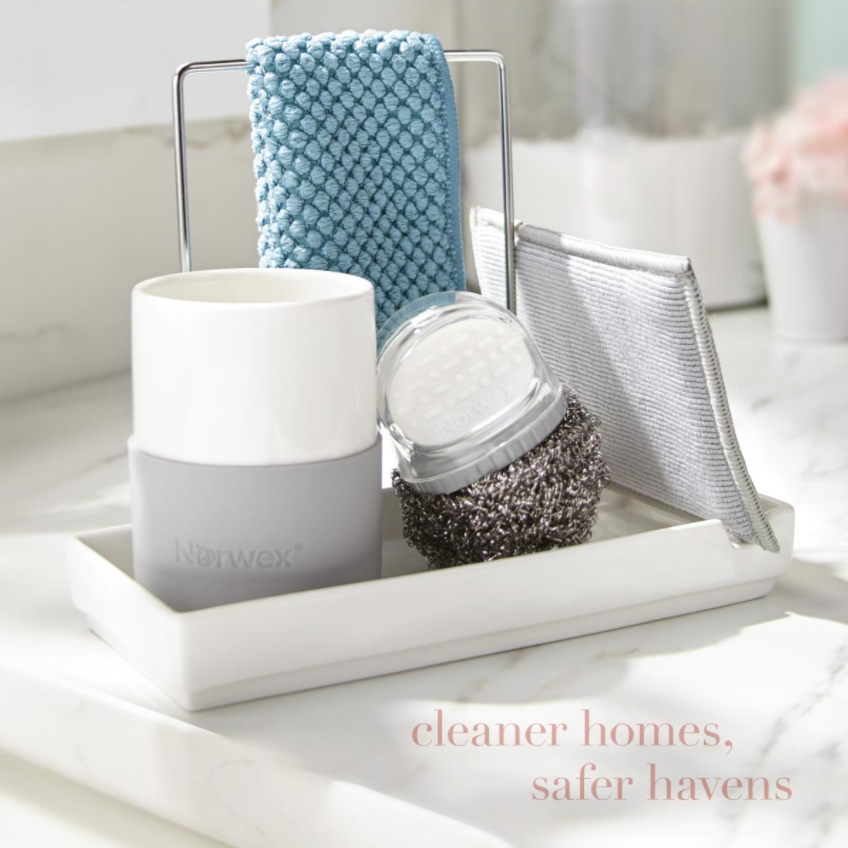 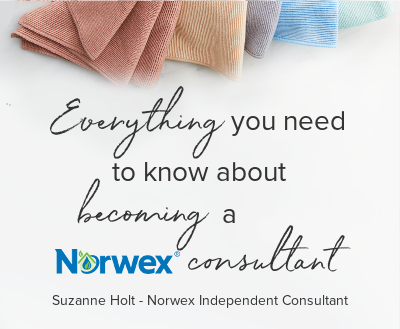